What I've Learned through the M.A.T. thus far...

I thought after two years of subbing I was an expert on all things classroom and curriculum. However, after my first month through the University of Alaska Anchorage's Master of Arts in Teaching program, I am pleasantly surprised to say that my educational and pedagogical perspective has already been revolutionized. Thus far I have learned: *** The role of the student should be that of an apprentice. Students should be guided in methodological instruction and then gradually released to their own independence to create tangible works within that discipline. As a part of the scaffolding process, students should be introduced to a wide range of texts that emphasize any particular discipline as a dialogue between people and competing ideas. Ideally these texts will help to demystify the language and 'rules of the game' which characterize each discipline, and exposed to ways in which they can make cross-disciplinary connections for the further application of the material into
1 comment
Read more

Classes and Extracurriculars I'd Love to Introduce

Apart from the standard palette of Civics, World Studies, U.S. History, Government, and Alaska History, here are a few classes I would love to teach. Currently in the Course Catalog: -Current Issues -Debate -Holocaust and Genocide Studies -IB Philosophy -IB History of the Americas -IB World 20th Century -Early American History Not in the Course Catalog: ***Demography and Urban Planning ***20th Century History through Film ***History and Music in the 20th Century -- (Classical, Blues, Bluegrass, Jazz, Rock, Country, Metal, Hip-Hop, EDM etc.) and how it has inter-played with major developments of 20th century history, with a focus on the United States and Britain. Classes I could teach... if I had to: -Economics -Sociology -Leadership Clubs I'd like to introduce or administer: -Model U.N. -International Club -Debate Team -Film Club -Geopolitical Games (Club) -- We would have 3 units: Settlers of Catan, Risk, and Sid Meir's Civilization. We'd play and then discuss the real
Post a Comment
Read more 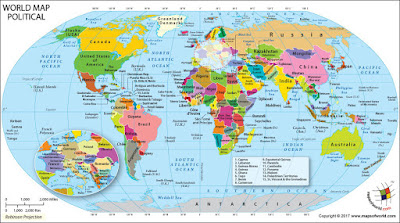 Purpose: Building off of Civics, World Studies begins to explore the different regions of the globe, it's people and their history. Students are introduced to basic concepts of human geography, macroeconomics, and of course, making arguments about the past using secondary and primary sources. Emphasis:  I want to emphasize this course as World Studies, as opposed to World History for a number of reasons. First off, attempting to teach the entirety of World History in a year is hopeless. No matter what you include, there will always be crucial things you will miss out on. Second, geography is woefully underrepresented at the high school level, and this course provides the best general framework for studying the various regions of the world by exploring how their past has shaped their present. Additionally, I want to expose students to as many different photos and videos (past and present) as I can throughout the year, of this planet and its distinct regions and countr
Post a Comment
Read more 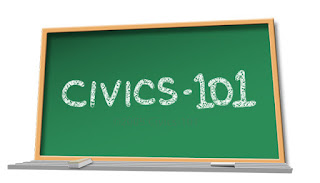 Purpose:  The basic purpose of 9th grade Civics, in my estimation, is for students to develop the tools necessary to responsibly engage in American civic life. These tools include: a basic understanding of the economic and legal foundations which belie the American civic tradition, a familiarity with the courts, individual rights, and the criminal justice system, and a basic knowledge of consumer economics, local government, and small business. Emphasis :  In my Civics classes, I want to emphasize why community matters, challenging them by the semester's end to develop and implement an individualized plan-of-action, for how they would like to positively impact the success and well-being of their home community, and address what they're going to do about it to make it happen. As you can see in the 'mindmap' I've created below, I'd like to introduce students to a handful of famous texts in political philosophy (in the form of excerpt readings), even if it&#
Post a Comment
Read more

Inescapable Roots: An Essay on Place 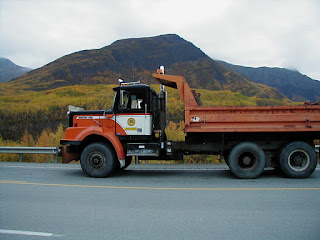 A Western Star Dumptruck, Headed up the Glenn Highway When my grandma Claire came to the Matanuska Valley in 1936, its population was somewhere around 700 residents. Born outside of Buffalo, NY in 1914, her adolescence and early adulthood was intrinsically shaped by the Great Depression – a framework from which she developed a lifelong love of education and honest work. Amidst adverse circumstances, she took classes in nursing eventually earning herself a job in a tuberculosis annex at a hospital in Detroit. From there, she was offered a position at the old Alaska Engineering Commission hospital in Anchorage (sometimes referred to as the Alaska Railroad hospital), but was immediately put on a train and transferred to the new Matanuska Colony to aid the fight against tuberculosis which had ravaged newcomers and indigenous populations alike. Two years later she would marry my grandpa Herb, a farm boy from South Dakota who had studied banking before following his older brother t
Post a Comment
Read more

Philosophy of Education: Restoring the Faith 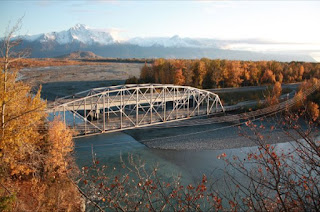 Photo Credit: Kaylen Bowman, 2010      “Whenever groups withdraw from connection, isolate themselves, and become exclusive, democracy is endangered” (Noddings, 2016, p. 36). A statement like this may seem perplexing in a world that is increasingly connected through globalized digital and social media. Yet, research shows our social communities have become increasingly homogenous – echo chambers, wherein we are more likely today to live near and associate ourselves with groups of the same racial (Whittemore, 2016), economic (Fry & Taylor, 2012), cultural (Smith, McPherson, & Smith-Lovin, 2014) and political (Iyengar, Sood, & Lelkes, 2012) orientation. From socioeconomically segregated neighborhoods to our “virtual gated communities” of social media, Americans are finding it harder to effectively and respectfully communicate across a wide segment of society (Pazzanese, 2017, para. 2). This societal framework is unsustainable, and the ensuing result has been the entren
Post a Comment
Read more